As some of you may have heard, Loose Id is closing it's doors this year. I'm terribly saddened by this as they have been a big part of my life for over a decade. Everyone in the company has been wonderful to work with. Hell, my relationship with LI has been healthier and lasted longer than most marriages.

I'm talking with my awesome editor, Crystal, about the two of us continuing to work together. I'm also trying to decide what to do about cover art.

As of now the rights to Daughters of Terra have reverted back to me. This means the book is currently not available for sale. I'll keep you posted as to any other changes.

Right now I'm debating what I should do with my books. I have some ideas, which include revisions and combining the Chronicles and Caesurae into a single series. It seemed like a good idea to have the stories separate when I started, but in reality it's just a pain in the ass. Once I have everything organized I'll post it

Thank you to everyone who has supported me all these years! I'm trying to think of this as an opportunity and not a tragedy. 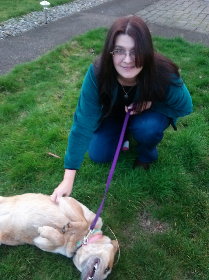